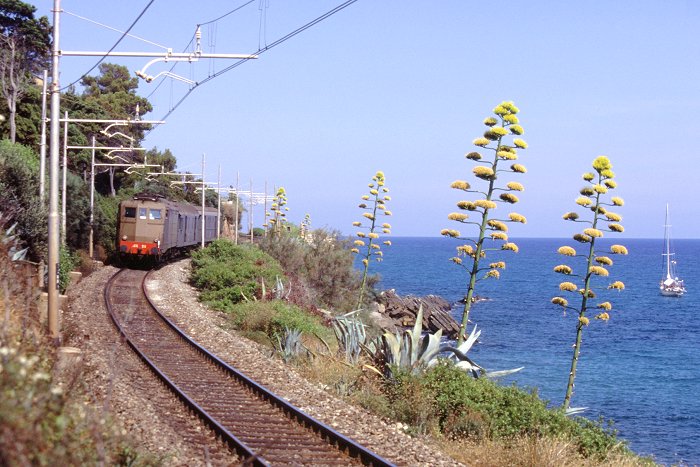 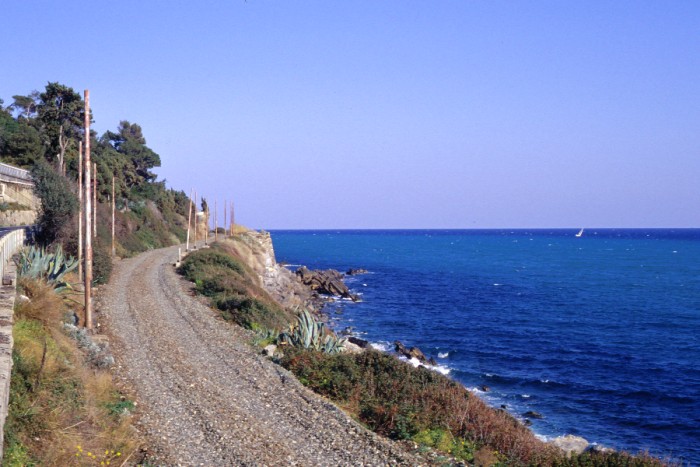 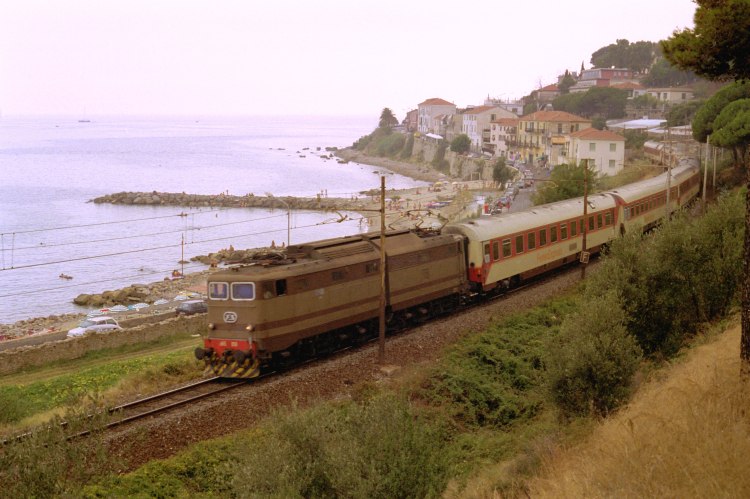 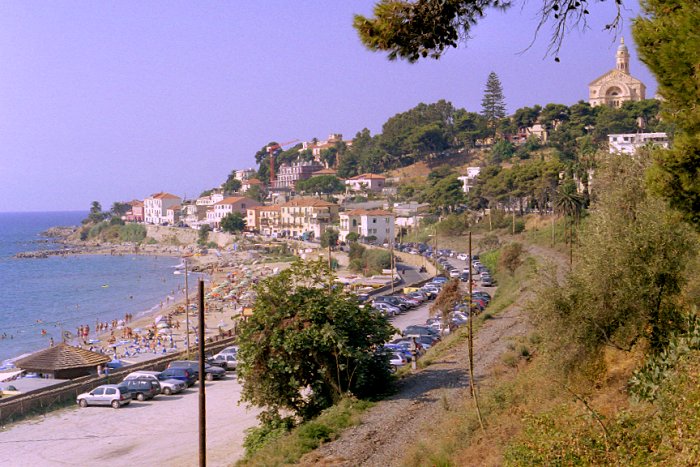 The Bike Path on the so called “Riviera dei Fiori” (originally also called “Coastal Park of Western Liguria”) is one of the longest in Europe, total length 24 km, with a path accessible by pedestrians and cyclists in both directions.

The path basically leads along the old railway system of the Genoa-Ventimiglia line that was shut down in 2001 and moved inland to run a two-track system. The works for the bike path started in 2008 and were finished by 2014.

The path is completely paved, equipped with horizontal and vertical signs, surveillance and distress system. The railway tunnels have been restaurated and equipped with lighting. There are two lanes for bikes that run side by side and one lane for pedestrians. In some open spaces panoramic rest areas were created, while some stations and old buildings have been converted into eateries.

The bike path can be accesd in several spots, usually about every 400 meters, with the possibility to use parking spaces. You can also find the “gazebo rentals”  here that will allow you to rent a bike by the hour, half or full day at very affordable rates.

A unique track of its kind, in some places really brings you into contact with the sea  and passes through areas that once were inaccessible because of the railway line that literally seperated the sea and the land.

The ancient railway Genoa – Ventimiglia that runs through western Liguria (it was completed in 1872) had problems since its beginning because it was built as a single track only. Over the time efforts to build a secont track were made.
Photo: Stagniweb

May 9, 2015 is a date that goes down in the history of the bike path of the Riviera dei fiori: for the first time the Italian Giro runs one of its stages on a bike path, inaugurating the 98th edition of the Giro. 18km team time trial starting in San Lorenzo al Mare and finish in Sanremo, in the same straight line where the other big sporting event the Milan – San Remo is finished.

Go to the video!