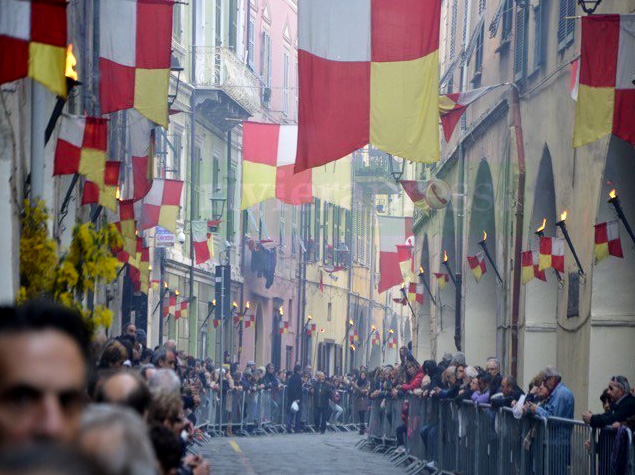 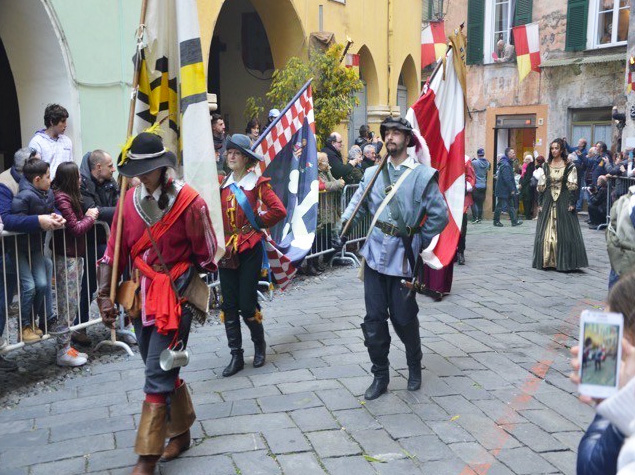 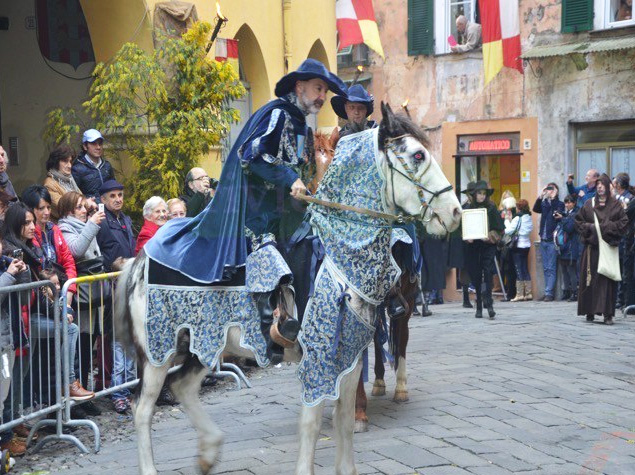 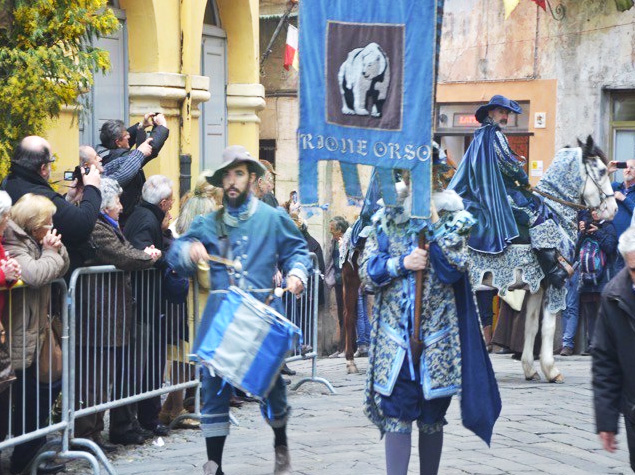 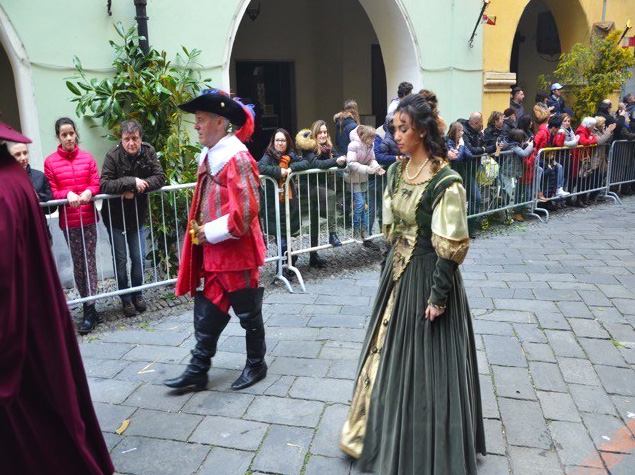 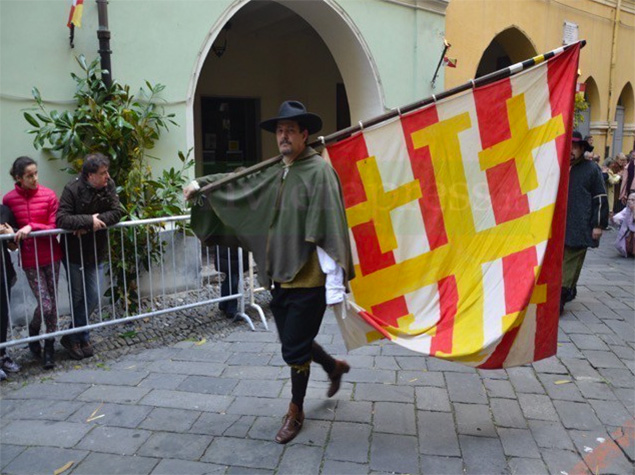 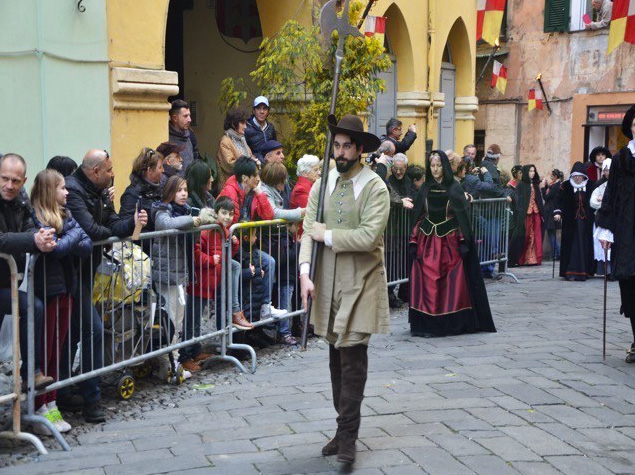 The ancient medieval village of Taggia is home to the traditional festival dedicated to its patron the  saint San Benedetto Revelli. The event starts on the second Saturday of February with the Night of “Fulgari” and ends two weeks later with the historical parade and the competition between the districts (it is always good to check the actual dates, because it happens that because of bad weather conditions events are moved to the following week).

Legend traces the origins of these celebrations back to the narrow escape from Saracen invasions, which were quite frequent in the Ligurian Sea at the time. Thanks to St. Benedict, who suggested to lit big fires in every town square, Saracens approaching the coast saw that the city of Taggia was already the subject of looting and therefore went on to other shores.
Fulgari are hollow bamboo sticks handcrafted and filled with iron filings and gunpowder which create high waterfalls of colorful sparks; they definitely make for a picturesque night, with a slight hint of madness. All night, crowds of people walk through Taggia’s alleyways and squares, stop at bonfires, lit furgari, listen to music and taste local dishes and wine at the various cellars. Celebrations last until dawn.

The day of the Historical Parade is one of many ideas to spend a short vacation by bike here. Taggia can be easily reached from the bike path as it runs very close to it:  Make an exit near the river Argentina, after the long bridge on the left (along the track towards Sanremo), then heading for the underpass to the north. After a few meters you can see the beginning of the cycle path to Taggia, about 3 Kms long.