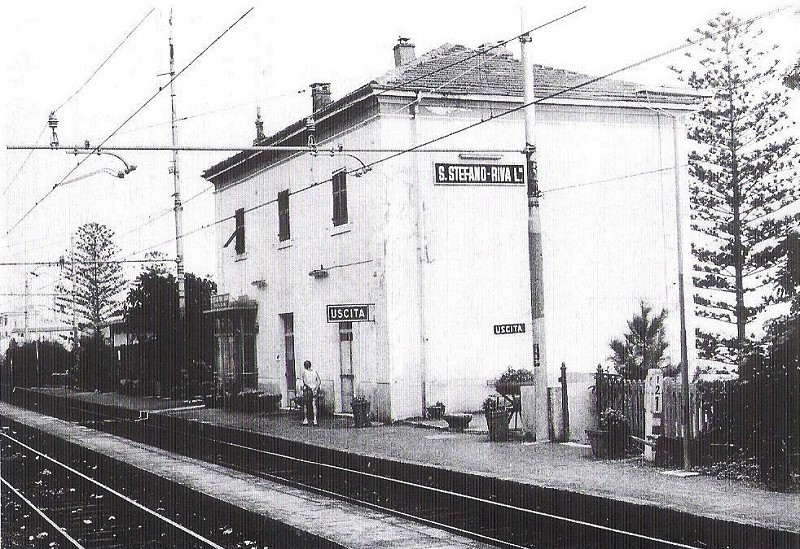 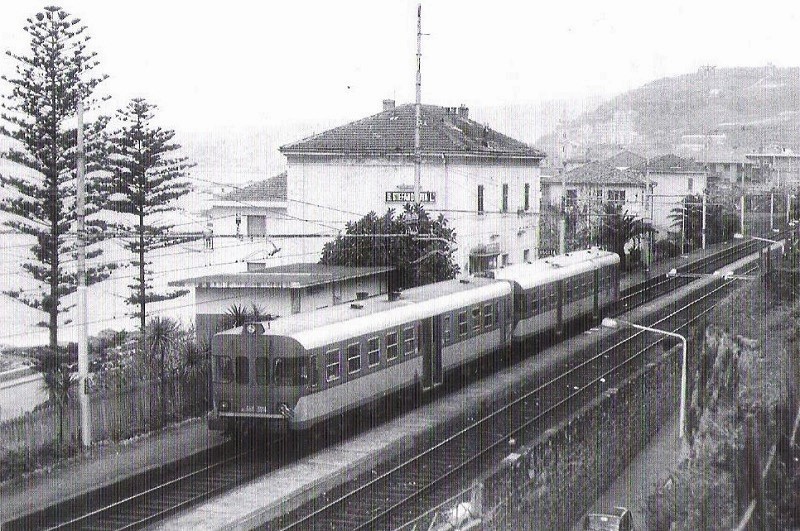 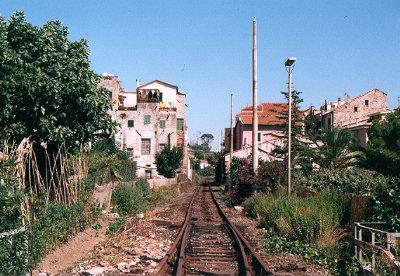 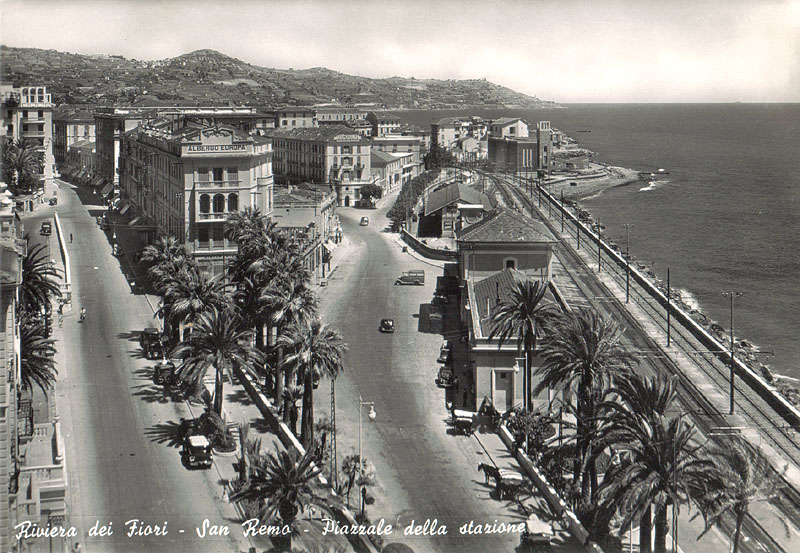 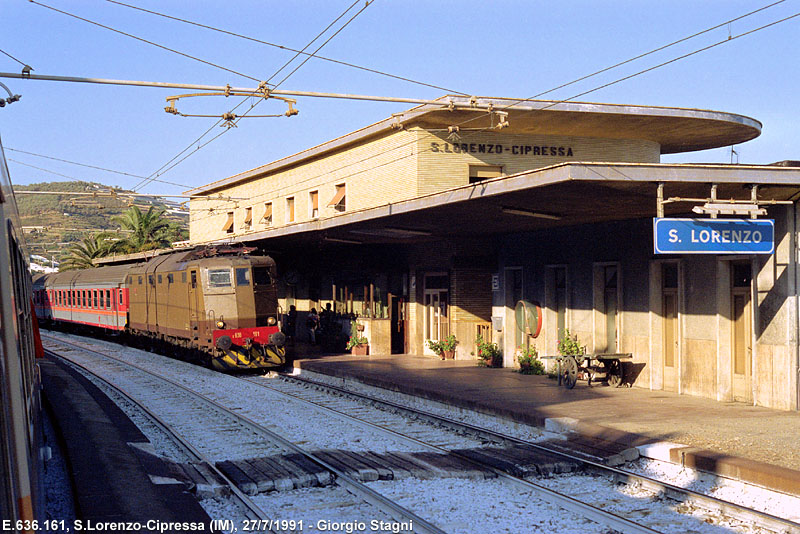 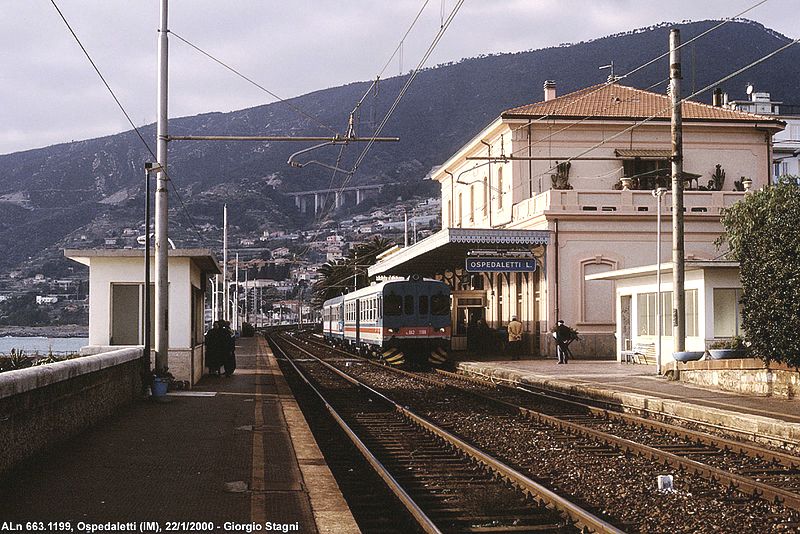 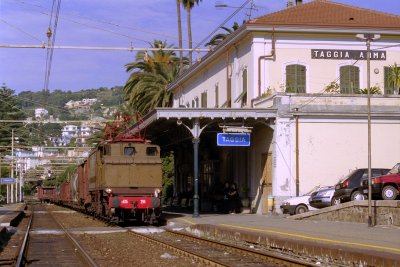 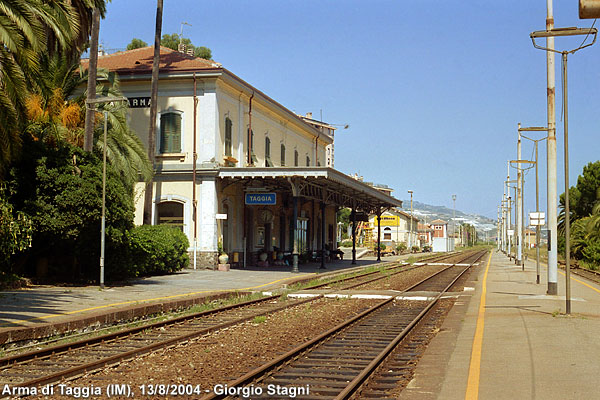 The idea of a railway along the Ligurian coast began in March 1857 with what was called the Railway of the Ligurian Riviera (Italian: Ferrovia delle Riviere Liguri) with the inauguration of a project for a railway from the Var river in Nice—then the border of the Kingdom of Sardinia and France—to the Magra river—which then marked the border Sardinia of and Duchy of Modena. This was part of the ambitious project for the building of a railway system, considered by Cavour as an important part of the process of Italian unification.

The rapid progress in the creating the Kingdom of Italy gave further impetus to the project leading to the proclamation of a law on 27 October 1860 establishing the Ligurian Railway (Italian: Ferrovia ligure) to run along the coast from Ventimiglia to Massa where it would join an existing railway line. Despite the need to build many tunnels and viaducts this work was carried out quickly and the 29 kilometre extension from Genoa to Savona Letimbro was inaugurated on 25 May 1868. On 25 January 1872, the line was completed to Ventimiglia.
In the building of the line, its designers did not pay much attention to the needs of the territory through which it was built but instead mainly took into account military considerations and the political purposes of the new Kingdom of Italy. As most transport in the area, both passenger and freight was mainly carried by sea, the selected route ran virtually at sea level, closely following the coast and, where possible the Via Aurelia, linking more than 40 villages that had previously been difficult to reach by land.

Due to the difficulty of building the line and in order to minimise costs, the line was built almost entirely as a single track. This soon proved inadequate for its traffic. In the early twentieth century work began on designing improvements to the line, but duplication work proceeded very slowly, so much so that some sections between Imperia and Finale Ligure are still single track. Almost all doubling has involved the construction of new largely underground line, with the abandonment of the old line.
After 25 years of planning, public discussion and construction the new double line between Imperia and Bordighera, opened in 2001, including new stations in Arma di Taggia and Sanremo, while San Lorenzo, Santo Stefano and Ospedaletti lost their stations.

The line is being doubled mainly by building an entirely new double track line parallel to the existing railway, because the line often runs through towns where there is no space for a second track. The new line also increases the maximum speed from 100 to 180 km/h. The line is mainly in tunnels: 61 km of the 74 km of line between Ospedaletti and Finale Ligure is underground, and the rest of the line has similar proportions. The longest tunnel is Caponero-Capoverde (13.135 km). This tunnel includes the new Sanremo station.
The new line has fewer stations than the old, leaving some towns without a railway service. Another disadvantage is that being mainly in tunnel the new line will not offer tourists spectacular views of the Riviera coast as the old line did.