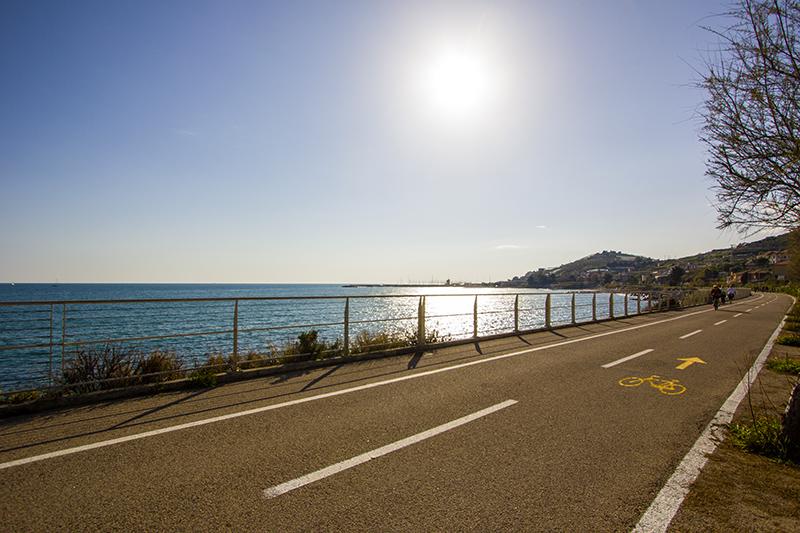 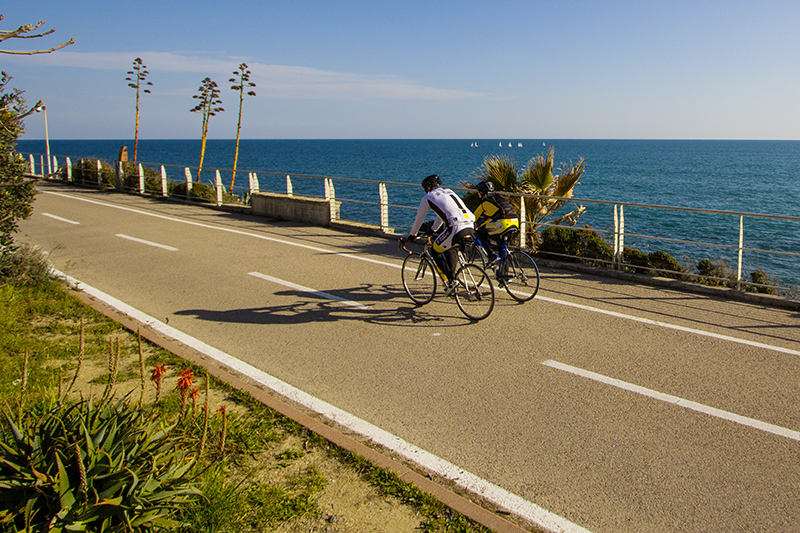 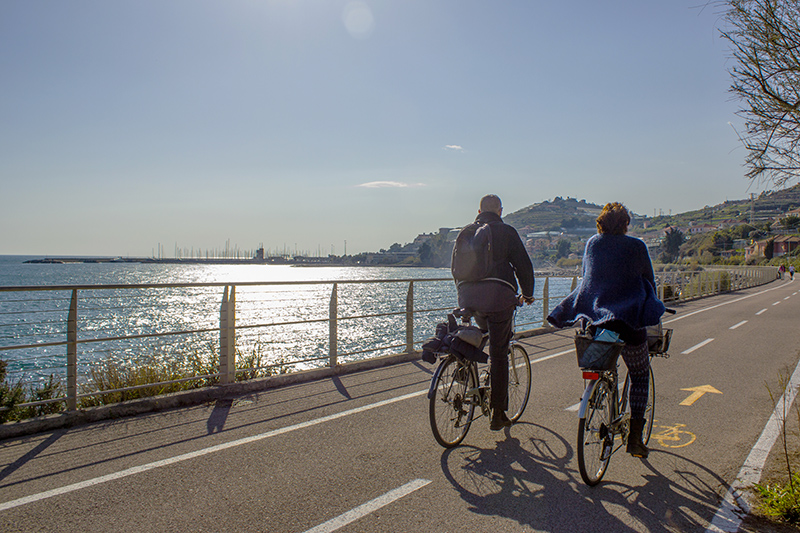 Breathtaking panoramas of the villages along the bike path

Third leg on the bike path is Cipressa, a small town with about 1200 inhabitants, a diamond build into the hill and once again as in the case of Costarainera, the bike path doesnt cross directly through town here. The tunnel by the bike path that begins at the end of San Lorenzo, leads straight to Aregai di Cipressa with a beautiful square where you can rest and admire the incredible landscape that opens up in front of you.

Cipressa is only a few steps away from you and it is worth making a slight detour from the sea and from the track to discover this village. Here, amongst other beautiful historical sights, there is the suburb of Lingueglietta, which is considered on of the most beautiful villages in Italy and just one more reason to go into the town and discover every corner.

Protected by mountains on one side and kissed by the sun and the sea on the other, Cipressa owes its name, according to a local legend, to the first inhabitants of the area which apparently had escaped from the island of Cyprus and landed right on the beach of Aregai, the first beach that one finds on the bike path. The houses of the village are arranged in a semicircle as if they wanted to protect each other and tell the story of numerous raids they suffered but also about the lives of fishermen and farmers who still today form part of Cipressa.

In the village you can visit the Church of Nostra Signora della Visitazione with a stunning baroque façade and inside, numerous frescoes and sculpture of the Madonna Immaculata with the Child. Leaving the heart of the village to get to the elevation above Cipressa you can admire the fortification of Gallinara and from there have a good view over the cycling track below. On a clear day, if you are lucky, you can look over 50 kilometers of coastline until the French city of Toulon.

Before returning to the bike path you can take a last look at Lingueglietta with its beautifully preserved historic center which tells the history of the the whole village of Cipressa and its surroundings. Today Lingueglietta, just like Cipressa, is a famous tourist destination where visitors can rest and spend a few days and aftewards return on the bike path to continue their discovery of all the beauties along Riviera di Ponente.

The bike path from Cipressa to Santo Stefano

The square with benches is the perfect place to rest a few moments, enjoying the sun and then continue along the track by foot or by bike. Stairways will bring you down to the beach, to cool off in the sea or simply enjoy the sound of crashing waves. The track then continues parallel to the Aurelia from where you can see the magnificent rocks in the ocean that make up the picture on this part of the coastline.