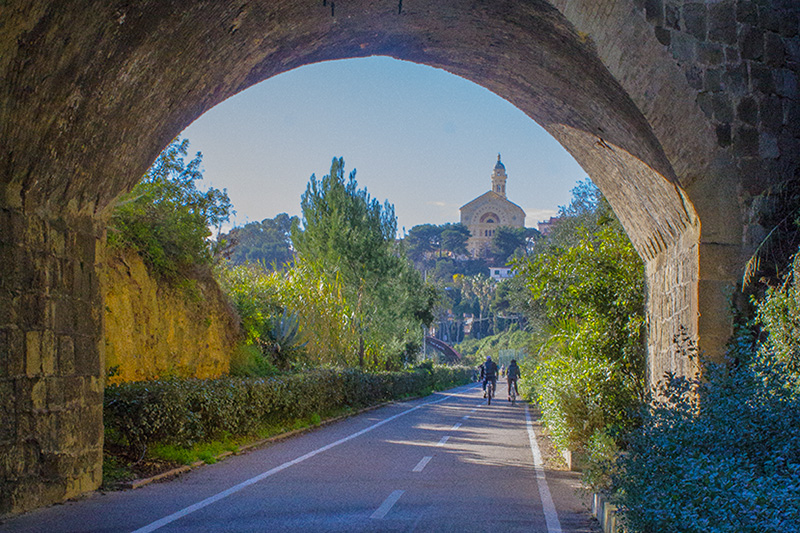 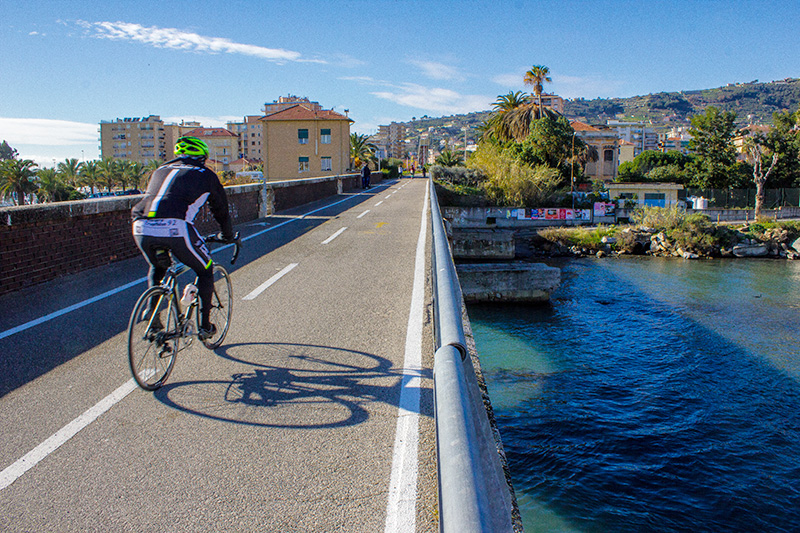 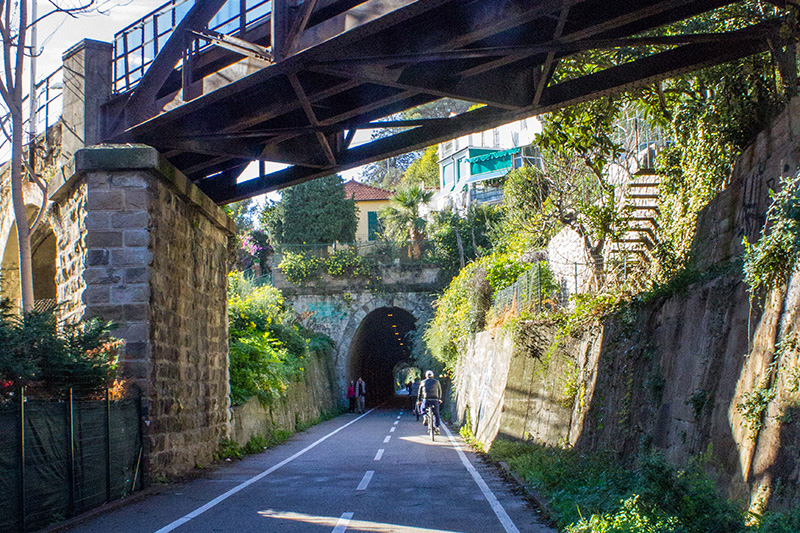 Arma di Taggia: Let the bicycle track bring you closer to the wonders of ligurian tradition

The cycle path then enters the heart of another wonderful village: Arma di Taggia the seaside part of the Taggia municipality. This place is perfectly divided between the sea and mountains with the beach resort of Arma di Taggia and the historic and industrial center in the interior.The main economic resource is tourism as well as the cultivation of olive trees and flowers. The hills of Taggia are literally sun-kissed 365 days per year so it is no surprise the countless greenhouses, on a clear day, produce such brightnessthey light up the whole landscape arround them. Indoors the crops mainly consist of carnations, roses, iris, tulips and gerberas …  if you decide to pay them a visit the scent will embrace you with a warm and colorful aura.

The bike path enters Arma di Taggia, follows the ocean and allows visitors to admire the grot la Grotta dell’Annunziata, the port close to the last stretch of the river Argentina, the sixteenth-century fortress and last but not least the whole coastline with breathtaking views over the ocean: The waves breaking on the shore are the soundtrack on your journey along the bike path in Arma di Taggia and the colors of the sun at dusk or dawn on the picturesque little houses imerge the whole scene in a magical play.

When to visit Arma di Taggia and the cycling track?

The best time to come to Taggia and jump on the track is either during the summer in July, when the city is celebrating St. Erasmus the patron of seafarers whose statue is carried to the water by a procession, loaded on to a boat and then takes off to bless all other boats. Otherwise in the winter months, for example February when we hold the Furgari in Taggia along with the celebrations for St. Benedict. If you are now leaving the sea and the track behind for a while to get into the heart of the historic center of Taggia get ready to celebrate: in the tenth century A.D. to escape the invasions of the Saracen pirates, the bishop of Albenga urged the peole to light bonfires all over the city to make it appear to the invaders that the area had already been plundered. The stunt proved successful and since then every year Taggia lights these fires so they would illuminate the night of the Riviera di Ponente.

The bike path in Arma di Taggia starts right after the straight that runs parallel along Via Aurelia. Here, precisely in the Prati area, the trail branches off from the main road and runs smothly along fields to the bridge over the Argentina torrent.

After you crossed the bridge, the bike path runs along a vast plain area, once used for railway paths, past the old station, then enters the heart of town ending up at the resort area of Bussana, in the town of Sanremo. The area of the bike path that runs near the old station is right in the center of Arma di Taggia and is it useful to leave the car here as several parking lots are provided.
The whole district offers shopping facilities as well as small restaurants where visitors on the bike path can rest and recover just to return to the beautiful path that will lead them to Sanremo.