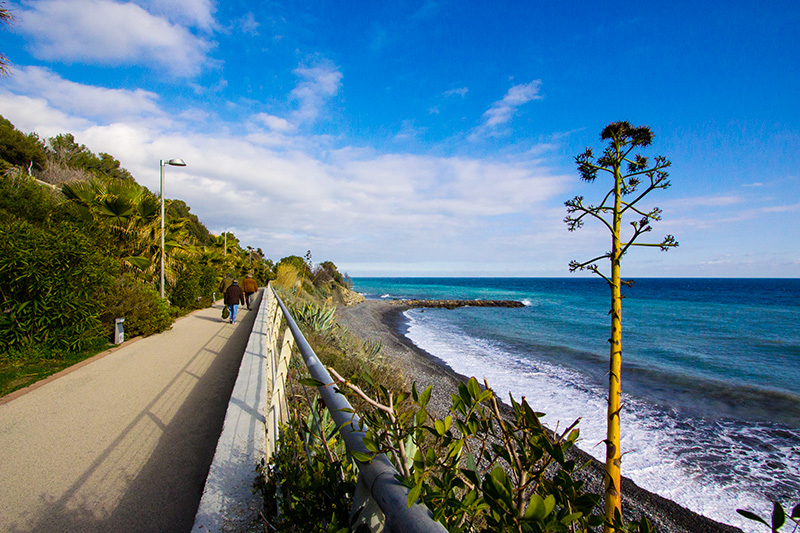 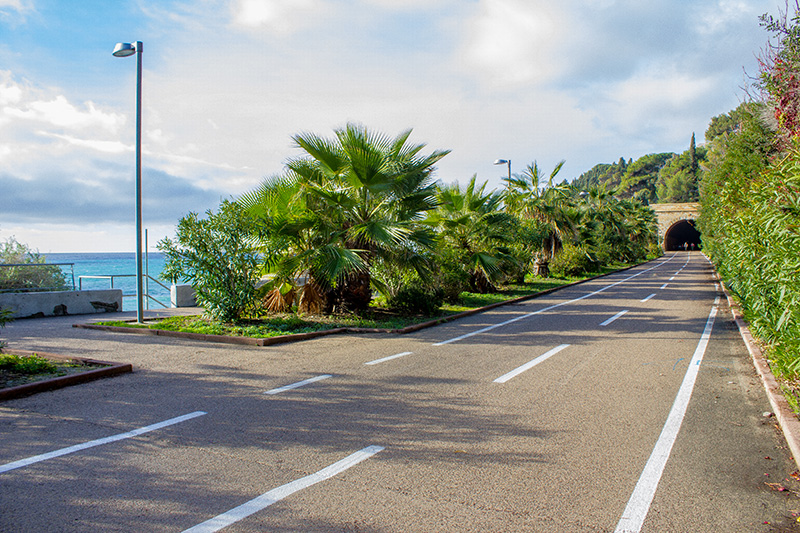 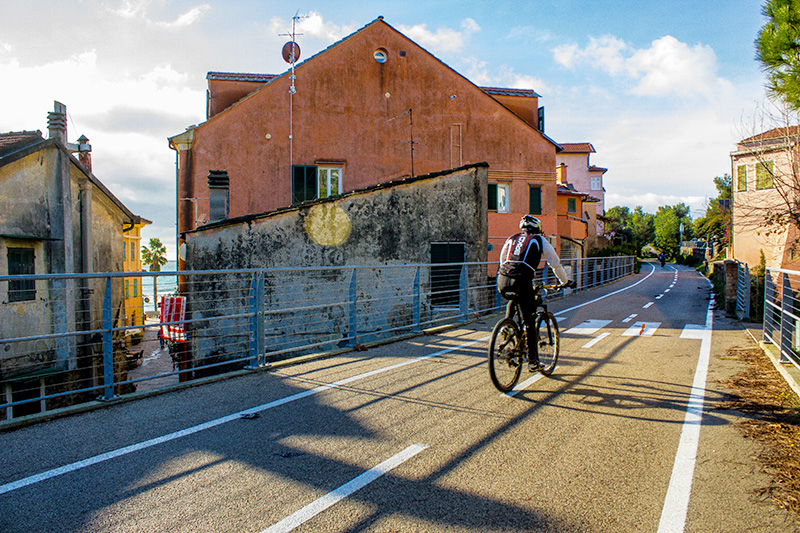 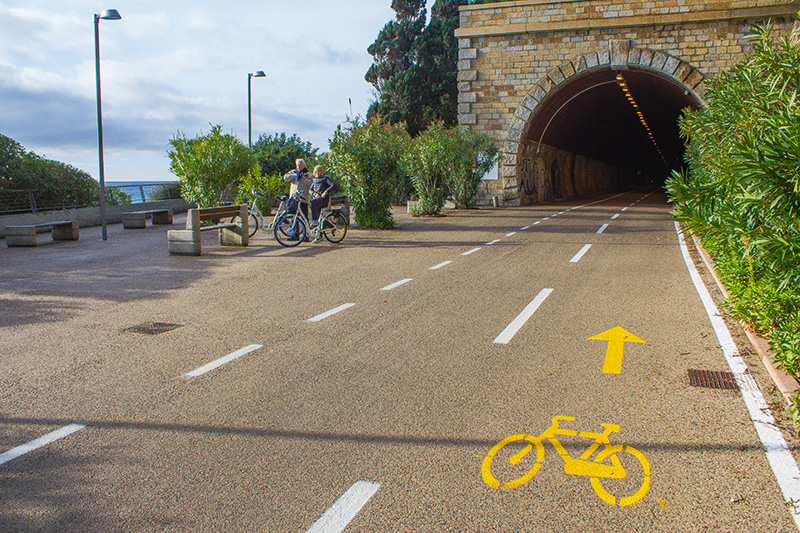 Discover the first town on the bike path

The first stage of the cycle path is San Lorenzo. Right in the village with its colorful houses owned by the fishermen overlooking the sea and protected behind the mountains our wonderful cycling track starts with almost 24 kilometers in total length, finishing in Ospedaletti.
On this leg and all others you can either walk or ride the bicycle but no matter what you will choose it is going to be a unique experience in the end.

The mediterranean sea with its breaking waves on one side together with untouched nature on the other creates a unique vibe unlike any other bike path in Italy.

A variation of colours, scents and sensations will accompany you on those first steps of the bike track to San Lorenzo and what makes it even more fascinating is that at one point this trail was inaccessible because of the railway that ran just along the narrow passage predefined by nature.

Protected by the hills of “Petachin” and “Ciambellin”, the village of San Lorenzo has the shape of an anchor thanks to the river with the same name that eventually empties into the sea right next to the towns core element, the beach of San Lorenzo.

How to get to San Lorenzo

If you decide to get here by car, leave the highway A10 at Imperia West, take the Via Aurelia towards Ventimiglia and after a few kilometers you will arrive at San Lorenzo. There are several free parking sites (area of the cemetery) and others at charge around the towns center (old train station). So just 5 minutes away from the tracks starting visitors can safely leave their car and roll up for a day of relaxation.

You can also comfortably use the public transport: the Imperia-Sanremo line drops you off right at the beginning of the cycle track but be aware that it is not allowed to carry bikes on public buses. Instead you can easily rent one right on your arrival in San Lorenzo.

Track characteristics & details in the heart of San Lorenzo

The first leg along the bike path in San Lorenzo is very simple without any difficulites besides a short tunnel-ride for about 1,5km. To those that might think of this drive as unpleasant, be assured that the landscape afterwards will make up for the effort and leave you speachless.

If you follow the bike path along the old railway track you will see that the shiny iron is long gone and everything now harmonizes perfectly together with nature again.
From here the cycle path follows a straight way lining up with the seaside promenade from where you can easily go down to the beach for a little relaxation time.

After the first leg that continues through the tunnel (equipped with SOS posts and humidity protection) there is a small path that can mislead visitors who try to skip the tunnel by following the ocean.
In fact the trail stops at some point and blocks the passage. However, from this small dirt road you can reach the bus stop alongside Via Aurelia near the Costarainera Hospital (next to the famous shelter known as Sanatorium or former Institute Elioterapicol) for people who want to continue on the Via Aurelia and then later rejoin with the bike path again. Be aware that this is not recommended as the main road is quite frequented and the access road bumpy.